Global Cooling Warning to the President 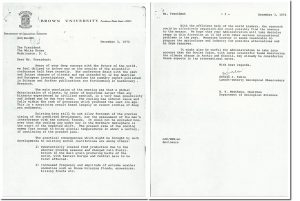 On December 3, 1972, Brown University wrote to the president concerning the climate changing back to a potential Ice Age. Because our models have been divided by time, it is much easier to distinguish short-term changes in trend from the long-term. 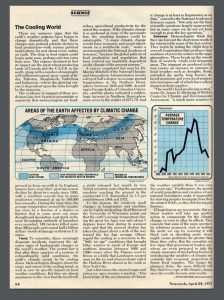 What is fascinating is that even a decade of rising temperatures leads people to proclaim global warming. When you have five years of declining temperatures, they live in denial and proclaim the rising volatility is indicative of global warming. They offer no evidence of that because there is none. What we show is that climate has always changed and the next solar cycle points to the lowest in hundreds of years. The major broader trend is toward global cooling, which is far more dangerous for this is when crops fail and disease rises. 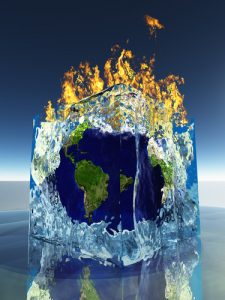 Certainly, we must be concerned that the rising level of activity in volcanic eruptions could lead to a volcanic winter and that would be very bad in the years ahead. If we see a major eruption on the level of 6+, you better start buying canned goods for the future for two of these events, even a year apart, would seriously cool the planet.

We have to look at climate data not just on a year to year basis. That is like looking at the Dow Jones Industrials for 10 days and then trying to forecast the long-term trend.

The major trend on a broader basis is moving toward a steep cooling trend. The few years that saw rising temperatures were nothing more than a three-day reaction in market terms on a daily chart.

The major concern remains the broader long-term trend. The activists are trying to use the climate to force socialism down the throats of society to take over the global economy. That agenda has been sold so well that they have distracted society from the real climate threat that is unfolding before our eyes. They keep pretending that this is part of CO2 and global warming entirely caused by humans. The planet has been going through these changes long before humans ever existed.