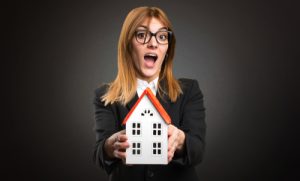 The US economy is still holding up the entire world. The US 3rd quarter economic growth was unrevised at 2.1%. This is still rather strong in the world of global recession yet still down from the 3%+ levels of pre-2008. Meanwhile, confidence in the housing market has finally rebounded but much of this is due to the migration of people from high-taxed states to lower taxed regions.

Indeed, when we dig a little deeper, we find that in Florida statewide single-family home median price was up 4.2% to $265K, while sales were also up 3.2% year-to-year. Condo median price up 2.7% to $190K, however, sales were down 2.9%. Compared to California where there is a net migration fleeing the state, the long-term trend has been falling year-over-year sales volume, which began in the second half of 2018. So far, 2019 year-to-date (YTD) home sales remain 3% below 2018 with 442,000 home sales in California. This was 19,900 fewer sales than took place in 2017, which amounted to a decrease of 4.3%. The broader historical view reveals that 2018’s 442,000 homes sales volume was 41% below peak sales volume experienced in 2005. Clearly, real estate in California has suffered the significant decline. Texas is showing a 10.3% increase in new housing permits compared to 4.6% in 2018. This reflects the migration to Texas and Florida where there are no state income taxes.

New York City has been a complete disaster. It’s clear that New York City’s so-called “mansion tax” imposed a sales tax on buying a home or condo beginning with a flat 1% surcharge on all home sales over $1 million with a progressive tax starting at 1.25% on homes between $2 million to $3 million up to a maximum of 3.9% on those $25 million or more. According to data from three New York brokerages, Manhattan real estate sales have plummeted since the hike went into effect on July 1, 2019.

Compass, CORE and Halstead Real Estate released Q3 market reports which all revealed that Manhattan sales were down last quarter—anywhere from 6% to 16% over the year. Sales crashed on higher-priced listings. According to CORE’s report, sales above $3 million dropped nearly 15% since Q3 last year, while those over $5 million dipped 48%. The quarter marks the fewest units sold over $3 million in four years.

When we look under the national numbers, what is very clear is that a massive migration internally is unfolding with people abandoning the higher taxed states and cities. It appears that we ave crossed that threshold and now many people are reflecting the sentiment that enough is enough.