QUESTION: Mr. Armstrong; I met someone who used to work for you. He said your models are far more complex than anyone imagines and that it is not a simple algorithm. He said you have relied on quantum mechanics which is why nobody has been able to duplicate what you do. Would you care to comment?

ANSWER: Society in the West is blocked mentally. The primary distinction remains the assumption that the world is linear, which is completely wrong for it is cyclical. Take global warming. The analysis being applied is absolutely absurd. Scientific methodology is one of unbiased inquiry based upon reason supported by evidence and collective investigation. Global warming has none of that and it is simply propagated as a belief. They refuse to demonstrate how the climate has changed for thousands of years. The latest claim is that the extremely cold winters are also caused by C02 without any evidence to show such historical volatility and Co2. They just make it up and nobody asks to see the proof.

Linear analysis is just so absurd it is hard to see how any intelligent body would use it when the world is not linear in any possible way — we do have seasons! In the study of light, it was assumed in classical linear analysis that an increasingly higher frequency of the electromagnetic wave would cause the universe to simply destroy itself with black body radiation. This is what became known as the ultraviolet catastrophe. Obviously, that has not happened. The reason is the existence of cycles. Energy is not constant. It unfolds in segments Max Planck called “quanta” and we arrive at what is known as threshold energy. 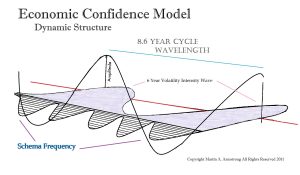 Suffice it to say, this area of understanding cyclical behavior is extremely complex. I simply have called this the “Schema Frequency” upon which all others travel in a piggy-back manner as a derivative of something that defies the notions of real world analysis. It is far deeper in the world of quantum mechanics where it is even possible to have the same thing in two locations simultaneously. I still struggle with trying to figure out a way to articulate this concept.

The energy is linked to the frequency. Consequently, our Energy Model is determined by the frequency and is therefore linked to time. But light acts like a particle and a wave. This duality is by no means restricted to just light. There is duality is cyclical analysis as well.

When you breakdown how we think, you may believe you “think” in words. When you have to speak in a language such as Japanese v Latin-based, some words in Japanese like Onegaishimasu (おねがいします) do not directly translate to a specific English meaning. Conceptually, it can mean anything from “Please, could I have a cup of coffee?” (Kōhī Onegaishimasu) or “Can I use your phone?” (Denwa Onegaishimasu), to a stewardess announcing we are about to take off in an airplane (Onegaishimasu) or “Please do your best,” “Please have a good game,” or “I pray you…”. In other words, it is a “concept” that we have in our mind which is understood but not an English word. 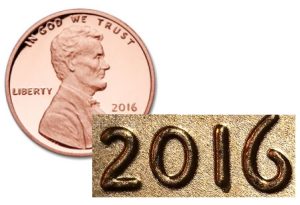 Therefore, the Schema Frequency is complex and it is a concept not easily translated into words. There are two worlds — the classical world we believe we live in and the world of quantum mechanics. When we look at this 2016 penny, the surface appears smooth. When we look at it under a microscope, we see that the surface is not smooth. This illustrates the difference between the two worlds of observation in a crude simplistic manner.