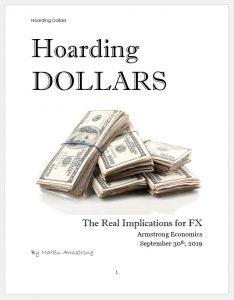 Many people continually talk about the dollar crashing. They say the dollar is supposed to crumble to dust and be dispersed into the wind. The bias against the dollar has been turned into a religion primarily propagated by the gold promoters. Unfortunately, they fail to understand the relationship of the dollar to the world economy. Additionally, they only look at the United States and ignore the economic trends outside the USA. 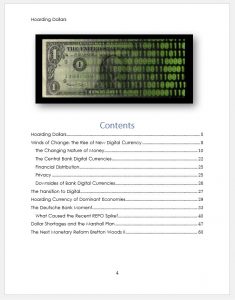 This report deals with the next monetary reform that many will call Bretton Woods II. What is the future for the dollar? Contrary to what many have been preaching since 1971, the dollar has survived. Right now there remains a dollar shortage, which is one reason the dollar has been rising since 2008 when the euro once stood at $1.60. The report also discusses the transition to digital currencies.