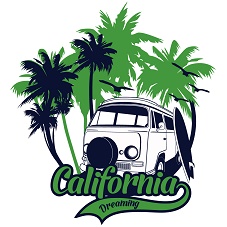 Back in 2008, a California Socialist activist was gathering signatures in an attempt to impose a state wealth tax on the ballot that would have imposed a new 35% income surtax on top of the Federal income tax. He realized that people would flee the state, so the solution was to impose an exit tax, seizing 55% of assets exceeding $20 million that anyone possessed seeking to leave the state. On top of all of that, the proposed money raised would then buy controlling shares in large corporations operating in the state.

California is going broke and raising the income tax may present a problem. First, they are seeking to overrule Proposition 13 from 1978 which prohibited raising property tax rates. They are cleverly looking to overrule it by claiming that they should be allowed to raise taxes on business properties. That will open the door to raise property taxes on any property owned by a trust or any corporate structure. But the real concern is if the people vote for that on the 2020 ballot, the wording can be vague enough to allow property taxes to rise in economic difficulties.

Secondly, there is a proposal to introduce a wealth tax, which would circumvent the entire Proposition 13. This is just being talked about behind the curtain and would not be on the ballot in 2020. It is a proposed workaround because they cannot possibly reform and cut their own pensions.

California to Tax Anything & Everything They Can Think Of

Does California Have the Right to Watch You Shower?