The Plot Behind the Curtain

QUESTION: Mr. Armstrong, I have a serious question for you. Do you think that Putin was lured into this mess by people trying to change the world? I will leave it at that.

ANSWER: Yes. I cannot believe that Harris’ off-the-cuff statement at the Munich Security Meeting that Ukraine should join NATO was simply a stupid mistake on her part. She is not the brightest bulb in DC, but I believe IF this was a mistake, the White House would have instantly recharacterized what she said to make sure Putin would not take it that they were advocating violating the Belgrade Agreement where Ukraine was to remains neutral. Based on why I know, Harris is not even familiar with maps. I believe she was “handled” and told to advocate that by someone there who intentionally wanted to start this conflict. Both Harris and Biden will simply say what they are told and I fear the Neocons have taken over the White House.

There is no NATIONAL SECURITY interest for the United States in Ukraine. Everyone just chooses sides, but nobody asks the question why should the entire world go to war, which will turn nuclear, over Ukraine as they did over the Balkans in WWI? The US is not even strategically threatened if Putin took all of Ukraine.

Americans are foolish and think this is some video game and they can watch the US beat Putin like this is Monday night football. This time there are nuclear weapons and a Russian Stealth Sub can surface just miles offshow and launch against 160 targets in a matter of minutes. EVERY Administration has always sought peace UNTIL now! So go ahead and cheer for the destruction of Putin. Just be very careful for what you with for. War simulations with China have also warned that American can lose and very fast.

Biden keeps claiming that Russia is losing. He said the launch of its hypersonic missile in Ukraine over the weekend was a sign of desperation rather than testing the weapon real time. He then threatened China that if they supported Putin, they would suffer the same sanctions. Biden then says that Putin’s may launch cyberattacks against the US and use chemical weapons in Ukraine next because his “back is against the wall.”

If this is true, why not try to clam things down when we know Putin does not believe in retreat? We have only cheerleaders for war – no peacemakers. All of this because Ukraine refused to let the Donbas be independent in a democratic process and vote? You do not push Putin against the wall and then claim he is a madman. If Putin was really a madman, he would nuke Ukraine and then what? There is an intended agenda here and it smells like intentional war. Must we all die because Neocons simply hate Russians and Chinese?

It remains questionable why Putin is holding back. He has the power station and could turn off the power, but he has not. Reports keep saying the Russians are stalled about 15 miles from Kyiv. Poland has put its forces on alert as Russian and Belarusian forces are likely to deploy on the Polish-Ukrainian border to close all cargo routes to Kyiv. That is the typical siege strategy which tends to imply he wants a surrender rather than to flatten Kyiv.

Putin, I believe, was lured into his invasion knowing his chief complaint has been the constant eastward movement of NATO. That does not make him a victim. There are no good guys. Both sides fight for their own self-interest precisely as in economics – i.e. Adam Smith’s Invisible Hand. What he did not expect was this onslaught of attacks against all Russians and the sanctions that have effectively cut off Russia from the West. This is intended to put so much pressure on Russia that they storm the Kremlin and behead him or some drastic event of that nature. But now, the hatred is against all Russians as a race. This is the dream of Ukrainian Nazis.

Lindsey Graham has gone way too far even for a Neocon calling for the assassination of Putin. He better start watching his own ass in my opinion for as they say what goes around comes around. Putin would be justifies in trying to do the same to Biden if he was really the brains behind this mess. I’m sure there are Russians in the USA undercover who could carry out such an order.

Worse still, if you were China and you just watched what the West has done to Russia, you would be wise never to trust doing business with the West again. You certainly would count your fingers after shaking hands knowing that they could quickly do the same to you. This is certainly why China is moving rapidly to get its own alternative to SWIFT and Saudi Arabia has just agreed to join selling oil to them in Yuan. 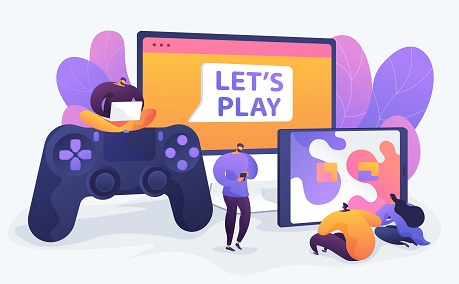 Then for the Ukrainian Intelligence to put out a story claiming there is a Russian group of Russian elites were allegedly conspiring to overthrow Putin and “restore economic ties” with the West. They are posting this on Facebook post from the Chief Directorate of Intelligence for the Ministry of Defense of Ukraine. Obviously, this is pure propaganda for if this were true, they would not warn Putin. Instead, they are putting out disinformation hoping someone will believe it and think they will be a hero. They are even putting out the name Alexander Bortnikov, the Russian Director of the Federal Security Service, will become his successor to the president. It is highly unlikely that they would prefer Bortnikov.

Back in a December 2017, an open letter published by Kommersant, where more than 30 Russian academics criticized Bortnikov for attempting to legitimize the Stalin’s Great Purge. He would be far more aggressive than Putin. So it seems to be disinformation in hopes that Putin would believe it and eliminate Bortnikov clearing the way for their true desired target to head Russia.

Think Twice if not three times before you just CHEER for the defeat of Russia.

There is no retreat in Putin’s mind and doing away with him will only confirm to all Russians that the West is not to be TRUSTED.

Is this the future you really want for your children and grandchildren?

The post The Plot Behind the Curtain first appeared on Armstrong Economics.