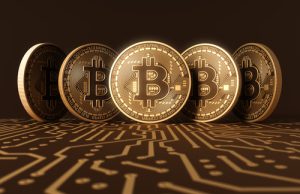 I’ve said it before and will say it again – cryptocurrencies are not a safe investment. I know it is not a popular opinion; people have had success with trading. The problems with cryptocurrencies: (1) they depend entirely upon the government; with the stroke of a pen, they can all be seized; (2) they depend upon a power grid; (3) they also become dependent upon others accepting them.

A fourth all too common issue is that crypto trading platforms can prevent people from trading with little or no explanation. Binance recently announced that users are not permitted at this time “due to a stuck transaction causing a backlog.” CEO Changpeng Zhao stated on Twitter that the issue would be fixed in under 30 minutes. Later in the day, he said the issue would “take a bit longer to fix than my initial estimate,” but would only impact the Bitcoin network. Uncoincidentally, this sudden system glitch occurred after bitcoin fell by 10% beneath the $24,000 level.

This happens more than they would like people to believe. A few years back, a friend of mine was blocked out of their Bittrex account as soon as one of their cryptos began crashing. At one point, Bittrex suspended and eliminated numerous accounts in 2017, and it took them days to respond. They claimed the issue was a “compliance review,” as these platforms can seemingly make up any excuse they please. During that instance, they did not even inform users before they were locked out of their accounts. Unpopular opinion but the fact of the matter is that cryptos are seriously flawed.

The post Another Strike Against Cryptos first appeared on Armstrong Economics.