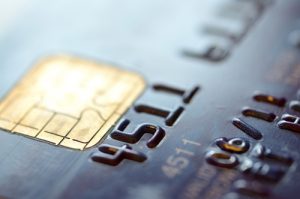 The various handouts and moratoriums during the pandemic drove the personal savings rate down to World War II levels. Everything was closed – there weren’t many opportunities to spend. US consumers paid off a record $83 billion in credit card debt during the pandemic, but that has all come crashing down.

The Federal Reserve reported that revolving credit card debt in April reached $1.103 trillion, surpassing pre-pandemic levels and spiking 20% from the year prior. Credit card balances reached an alarming $841 billion in the first three months of this year alone, and the Fed expects that figure to continue rising due to the unsustainable price of living. In addition, household debt is now close to $16 trillion after consumer debt spiked 1.7% in Q1.

Unfortunately for those already behind, the rising interest rates will only cause them to carry a higher balance of debt. Once the prime rate rises, credit card companies will follow. The APR on credit cards is already 16.61%, nearing the high of 17.87%, on average, but is expected to rise. Debt can easily become a vicious cycle from which there is little escape for the average person. Those who budgeted in the belief that Biden would actually cancel their student debt were misled if not gullible. As housing, food, gas, and other necessities rise, those who are already void of liquid assets will find themselves in a dire situation.

The post Credit Card Debt on the Rise first appeared on Armstrong Economics.